The man, hailing from Salkunur village of Madgulapally Mandal in Nalgonda district, was admitted at the government hospital with Covid-19 symptoms on Saturday. 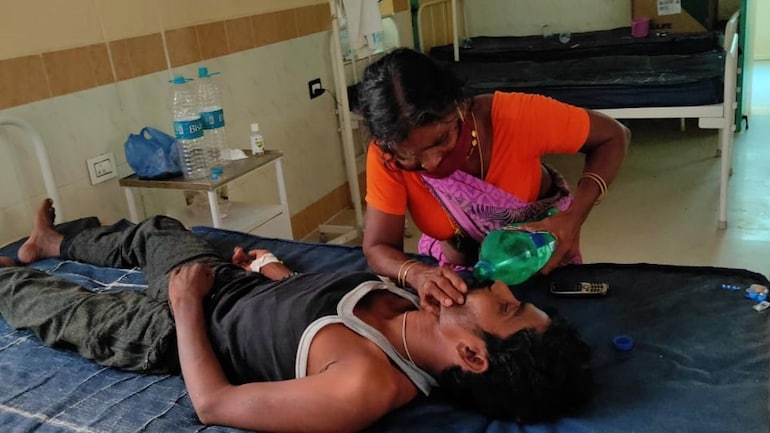 The man’s family has alleged that he died as no doctor came to attend him for hours.

In yet another incident of negligence by hospitals, a man died in front of his mother as he kept struggling for breath after not being attended by doctors in Telangana’s Nalgonda district.

The man’s family has alleged that he died due to lack of oxygen support.

The man, hailing from Salkunur village of Madgulapally Mandal in Nalgonda district, was admitted at the government hospital with Covid-19 symptoms on Saturday.

His sample was taken and a bed was allotted to him, however, his family has alleged that his condition deteriorated further as he was not attended by any doctor for hours.

Video of the incident shows the man lying motionless on the hospital bed as his panicked mother tries to wake him up and make him feel better.

The district hospital was allegedly not well-equipped with life support facility.

The state human right commission has taken a suo motu cognisance and issued a notice to the district collector and district medical health and family welfare officer over the matter, asking for a report by July 21.

Donald Trump was warned about a pandemic 3 months before Covid struck: Report